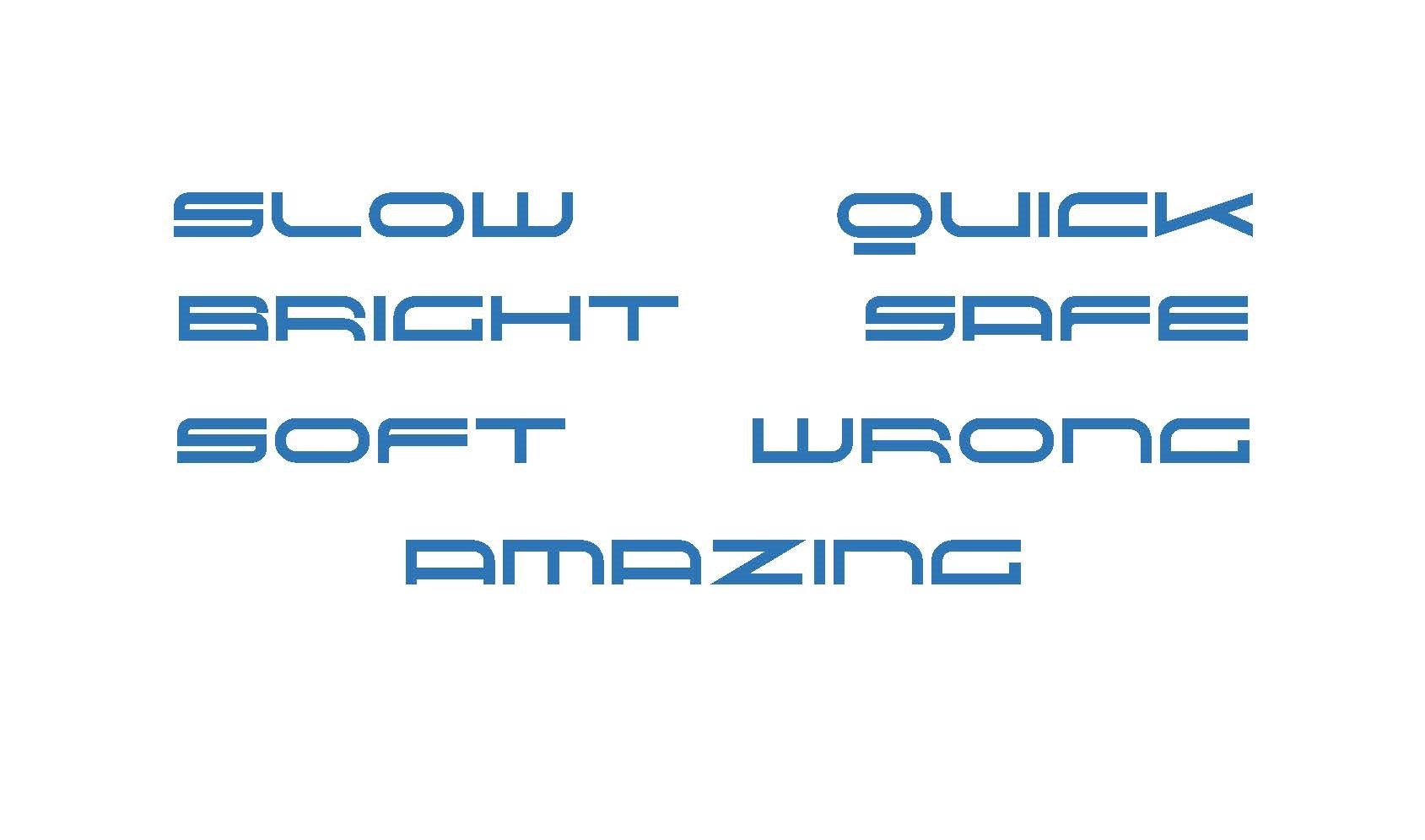 I learn a lot about people’s current grammar concerns from the Facebook page “Grammar Matters,” which I help to admin. Recently someone asked why adverbs are being sloppily replaced by adjectives. Examples:

The complaint was that the “ly” is missing. The word answers the question “how,” which calls for an adverb. How should I drive? How should I act? How should I play? How did I do? These people wanted the adjectives slow, quick, safe and amazing replaced by the adverbs slowly, quickly, safely and amazingly so that the phrases would read: drive slowly, act quickly, play safely, you did amazingly.

But it’s not as simple as that.

“They’re not adjectives,” other members of the page schooled the complainers. “Those are flat adverbs.”

According to the MacMillan Dictionary Blog, “flat adverbs may sound less formal, but grammatically they’re fine.” The blogger explains it further:

“Indeed, flat adverbs have a venerable history. Centuries ago in Old English, they were marked by inflections (usually –e), which were gradually dropped. This left the adverbs resembling adjectives, so –ly was sometimes added to mark them more explicitly as adverbs again. And so we ended up with pairs like bright and brightly, slow and slowly, soft and softly, wrong and wrongly.”

Keep in mind that flat adverbs are also adjectives. You are a “safe driver”—here, safe is an adjective describing the noun driver. The blogger further notes that the pairs are “sometimes interchangeable (drive safe/safely); in other cases their meanings have diverged, as with late and lately, right and rightly, hard and hardly. We might kick a ball hard, but if we hardly kick it we mean something quite different. Sometimes one form appears in certain idioms and expressions while the other form does duty elsewhere.”

Our Approach to Flat Adverbs

At Write My Memoirs, do we think that flat adverbs have earned their place in formal writing and, specifically for our purposes, in memoir writing? As you may know from taking our Writing and Grammar Course, we approach formal writing pragmatically. We apply grammar rules as they are generally regarded by people who make it a point to use proper grammar. That means people who know just enough about grammar but not more than that.

What do we mean by that? Flat adverbs are a good example. Most people who believe they use proper grammar will prefer drive slowly or shine brightly, choosing the traditional adverb safely over the flat adverb safe. So our editors at Write My Memoirs advise writers to mostly avoid flat adverbs. However, if you’re writing dialogue, you did amazing might sound more natural than you did amazingly so, in that case, you might want to choose the flat adverb. 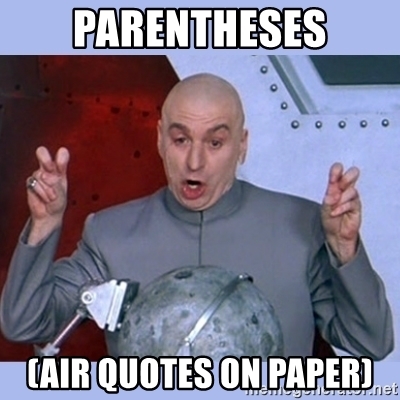 As we get closer to offering a complete online grammar course here at Write My Memoirs, I want to give you a sneak peek at some of the topics we’ll be covering. The subjunctive tense, also called the conditional tense, is a minor grammar point in real life and conversation. But when you put your name as author on a book, you want your words to reflect current best practices in grammar and writing. So let’s go over this.

The subjunctive tense is a verb tense just like present, past and future. Instead of concerning a time perspective, however, the subjunctive tense applies to any hypothetical situation. Typically, you can identify a hypothetical situation by the use of a word like “if,” “suppose” or “imagine.” When you’re just imagining something might occur, or you’re wondering whether it could happen, rather than the singular “was” you should use the past tense plural “were” to construct this type of sentence, even when the subject is singular.

Probably the most easily recognized example is the phrase, “If I were you.” In any other context, you’d pair the singular pronoun “I” with the verb “was” to indicate past tense. You’d say, “I was going to ask you a question,” or “I was happy that we had a nice day for the picnic.” It’s not natural to say “I were…,” but it does sound natural in the phrase “If I were you” because it’s correct. You’re imagining “if I were you.” If it’s not hypothetical, you’d say, “I’m pretty sure that I was you in my past life.” In that case, you’re stating an assumption, not posing a hypothetical. Another recognizable example of the correct construction is the song from Fiddler on the Roof, “If I Were a Rich Man.”

So if I were going to make sure I learned the finer points of grammar, I would practice the conditional/subjunctive tense. Suppose a man were to sign up on Write My Memoirs, and imagine that a woman were intending to do the same—they both would be welcome here, where correct grammar is always appreciated!

Sometimes a grammar error seems to catch on as if it’s contagious. I suppose people see something in writing, think they’ve been doing it wrong and obliviously copy the error. This is how these epidemics spread. I’ll begin to notice the error more often and in more respectable places, and then finally just about everywhere. We all have our grammar pet peeves, and mine intensify when the error starts to blanket the universe. This is currently happening with hyphens following adverbs.

The key term in this blog’s headline, Strongly-Expressed, provides the example of the erroneously inserted hyphen. Strongly is an adverb, and an adverb’s entire job is to modify. That’s what adverbs do. They modify verbs, adjectives and other adverbs. Sometimes they modify an entire clause. They don’t need a hyphen to do their job. Let’s stuff a sentence with adverbs and see what we have:

Luckily, a genuinely nice person found Lola’s wildly colorful jacket and very kindly immediately returned it to her before Lola had a chance to miss it too desperately or to sob uncontrollably at discovering it inexplicably gone.

The error of my obsession occurs when the adverb modifies an adjective. In the sample sentence, the error would be to write “a genuinely-nice person” and “her wildly-colorful jacket.” That hyphen is not just unnecessary; it’s wrong. My guess is that it grew from the correct construction of hyphenating a two-word thought with an adjective or noun as the first word. I just did that—two-word. Here’s a sentence full of word duos with correct hyphens:

We typically arrive at each data-driven decision after a late-night, full-team, anxiety-filled session that leaves all of us mentally exhausted and emotionally drained but more closely knit within our committee as well as able to forge close-knit ties to the greater community.

In that example, the first word of the hyphenated pairs is either an adjective or a noun, whereas there is no hyphenation in mentally exhausted and emotionally drained, because in both cases an adverb is modifying a verb. I used both closely knit and close-knit to further illustrate the distinction.

If you go around hyphenating adverb-starting word pairs, I’m begging you to please stop. If you’re wondering whether the hyphen is correct and you should start using it, the answers are no and no. If I’m telling you something you already know and you would never insert a hyphen after an adverb, thank you so much and keep up the good work!